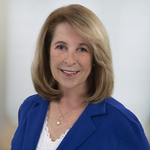 Diane Lord started her legal career in 1985. Over the years she has concentrated in various legal fields including estate planning, construction law, landlord/tenant disputes and worker's compensation. A major part of Diane's practice involves the representation of both homeowners and developers in all aspects of planning and zoning law. She regularly appears before zoning boards of appeals, zoning commissions and planning and zoning agencies in Fairfield and New Haven counties to obtain approvals for her clients. Diane also prosecutes and defends land use decision appeals in Connecticut appellate courts.

Born in Boston, Massachusetts and growing up in Burlington, Vermont, Diane relocated to Connecticut to complete her undergraduate degree from Southern Connecticut State University and spent a few years as a high school mathematics teacher. She later obtained her Juris Doctorate from Quinnipiac University School of Law. Diane is admitted to the Connecticut State Bar and the U.S. District Court. She is a member of the Greater Bridgeport and Connecticut Bar Associations.

Residing in Trumbull, Diane and her husband raised two children. As an active participant in the community, she gave her time and talents to Trumbull Congregational Church as a deacon, as a knitter of afghans for women in shelters and hats for their children and to the Trumbull Pisces Swim Team as treasurer.

When not working, Diane enjoys cycling, travelling, cooking, her book club and spending time with family and friends.

Land Use and Zoning Law

Thank you for contacting us. We will get back to you shortly.

Please complete all required fields below.