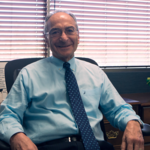 Thomas W. Bucci is a partner in the law firm of Willinger, Willinger & Bucci, P.C., which he helped form in 1990, with Ann Marie Willinger, and his childhood friend, Charles J. Willinger.

For more than 45 years, he has focused his practice on representing and advising employees in labor and employment matters.   Mr. Bucci has represented clients at all levels of state and federal courts and have advocated for clients before the Connecticut Commission on Human Rights and Opportunities, the Connecticut State Board of Labor Relations, and the Connecticut Board of Mediation and Arbitration.  He has served as Assistant Corporation Counsel for the City of Bridgeport and as Bridgeport's Mayor from 1985 through 1989.  He possesses an expertise, honed after many years representing employees, in both the private and public sector, in the field of Employment and Discrimination Law.  Mr. Bucci is most proud of having successfully argued before the United States Supreme Court, in which his clients won a precedent setting victory in the case of Connecticut v. Teal.

In addition to serving as Bridgeport's Mayor, Mr. Bucci also served as President of the Greater Bridgeport Bar Association, of which he is a current member.  He is also an active member of the Connecticut and American Bar Associations.

Mr. Bucci is married to the former Karen M. Flanagan; they have two children and nine grandchildren.

Thank you for contacting us. We will get back to you shortly.

Please complete all required fields below.